Some years ago, reliable and shocking evidence emerged of forced organ donations being carried out in China on an industrial scale. The bodies of still living human beings are dissected to retrieve organs for transplant into wealthy recipients from China and beyond.

The victims of this ghastly business include prisoners on death row. Prisoners are sorted by organ quality and what organs are needed. China has a list of over forty crimes that attract the death sentence, many of which are not capital offences in other countries. With a penal system lacking transparency, and a culture of official corruption, it cannot be verified whether prisoners receive fair trials. Condemned prisoners are not asked if they wish to donate organs. It is common to shoot a prisoner through the lung opposite their heart so they do not die immediately. The gasping prisoner is then carried to a nearby medical van to have their heart and other organs removed. 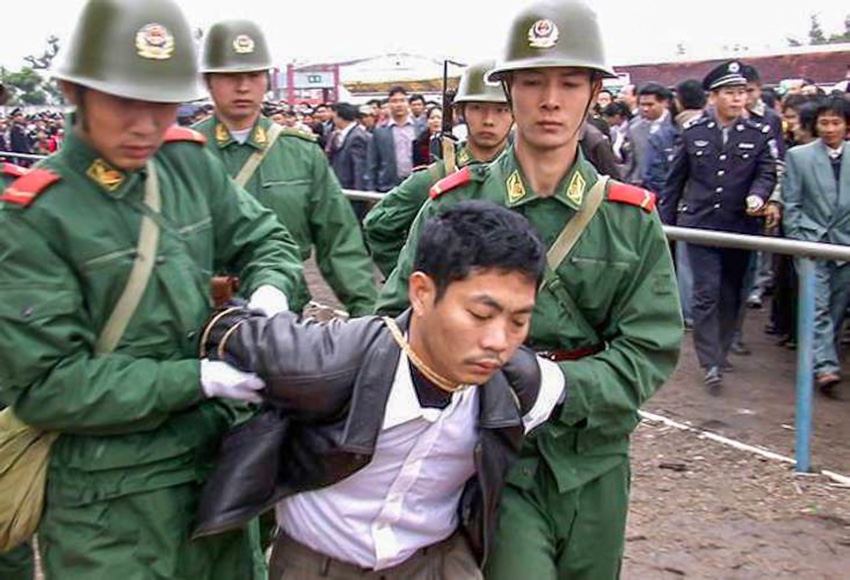 However, solid evidence shows that most of the forced organ donors are political prisoners. Especially represented are social groups considered rebellious. These include Christians, Uyghurs, and Tibetans.

The largest group remains Falun Gong practitioners. In 1999, when the official campaign against Falun Gong was launched by Jiang Zemin, the number of registered organ donors in China was insignificant and the organ transplant industry didn’t exist. Overnight, the industry blossomed.

Hospitals were expanded to include transplant theatres. New hospitals specialising in transplants were built. Medical staff were mass-trained to handle the sudden increase in cases. These developments coincided with the mass-arrest of Falun Gong practitioners, over a million of whom ended up in the laogai (forced labour camps). The exponential growth of the organ transplant industry in China at the time of mass-arrests of Falun Gong practitioners is too much of a coincidence to be dismissed. Most of these political prisoners still remain incarcerated, undocumented, slowly aging, and awaiting the day their organs may be needed.

When the forced organ harvesting furore broke in the international media, Chinese authorities camouflaged evidence and downplayed the issue. However, it is certain that the practice continues. The Independent Tribunal Into Forced Organ Harvesting from Prisoners of Conscience In China has found incontrovertible evidence that forced organ transplants continue unabated in China. The estimated annual turnover of the industry is one billion dollars. The Tribunal’s members are legal and medical professionals chosen for their integrity and expertise, and it is headed by Sir Geoffrey Nice QC, chief prosecutor at the International Criminal Tribunal for the former Yugoslavia in The Hague.

As reported in the science journal Nature (June 2019), some Western medical researchers are sourcing fresh organs from China. Western hospitals are partnering with Chinese medical facilities to study organ transplanting and to source organs. Promises of stringent controls are easy to make and might allay the qualms of western collaborators of this macabre industry but are unlikely to be enforced by Chinese officialdom. This development will inevitably increase the demand for organs from China and lead to an expansion of this crime against humanity.

Falun Gong (Falun Dafa) prisoners are up to this time the major source of forced organ donations. The Chinese Communist Party resolved to wipe out Falun Gong in 1999. One result of this decision was the mass-arrest of practitioners. It is reliably estimated that a million were incarcerated in prison camps. Today, Falun Gong practitioners are routinely harassed, imprisoned, raped and tortured. Many of the movement’s adherents have died in custody, or simply disappeared in China’s network of prison camps.

The Catholic Church was one of the first targets of the Communist revolution. Realising that persecution would merely send the Church underground, the Communist Party set up a pseudo-church, the Chinese Catholic Patriotic Association controlled by the Party. Although many Catholics initially submitted to this organisation, intense persecution during the Cultural Revolution saw Catholic clergy murdered, churches levelled, and the faithful imprisoned. Submission to the Patriotic Association was no guarantee against being molested. Many Catholics deserted the Association and went underground and pledged loyalty to Rome. 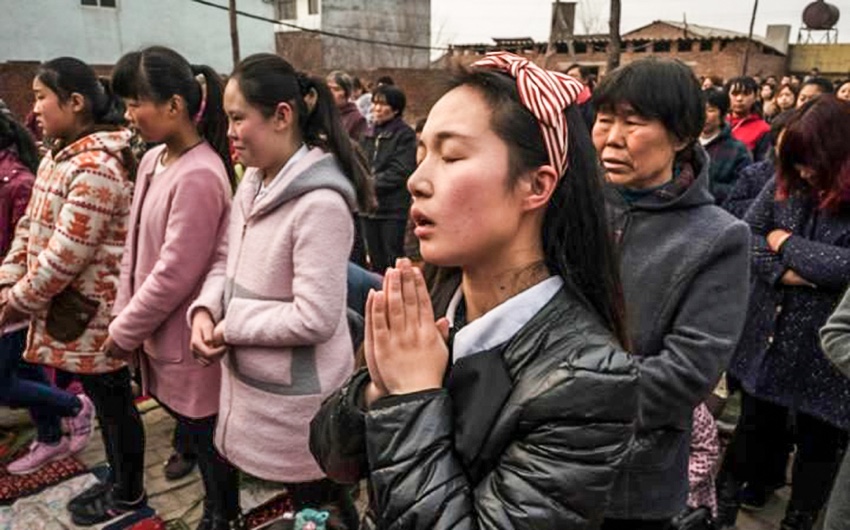 Today, the Catholic faithful endure constant harassment with bouts of violent repression, the latest of which is a wave of church demolitions, usually for violations of vague or non-existent building regulations. One day there is a notice on the church door, the next day bulldozers are on hand to reduce the building to rubble.

Recent moves by the Vatican to come to an agreement with Beijing have done little to slow the persecution. The moves have, however, caused dismay in the Chinese Catholic underground and sent shockwaves through the Catholic world. 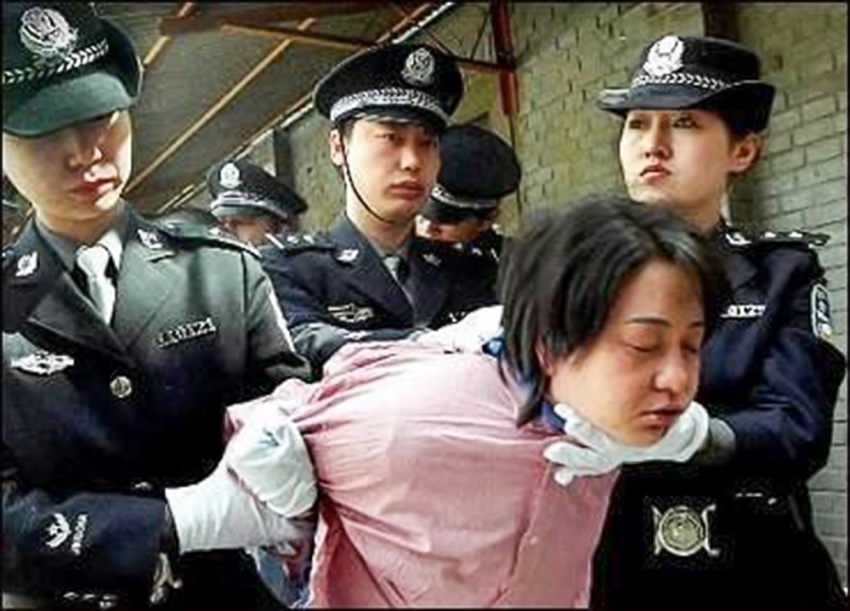 Tibet was invaded by the People’s Liberation Army (PLA) in 1950. The Tibetans –  poorly armed and abandoned by the West – resisted heroically but were little match for the PLA. On the heels of the Chinese occupation came radical land reform, followed by the Cultural Revolution. Tibetans watched helplessly as their traditional art and architecture, language, and way-of-life were systematically destroyed. Periodic uprisings were met with brutal repression. 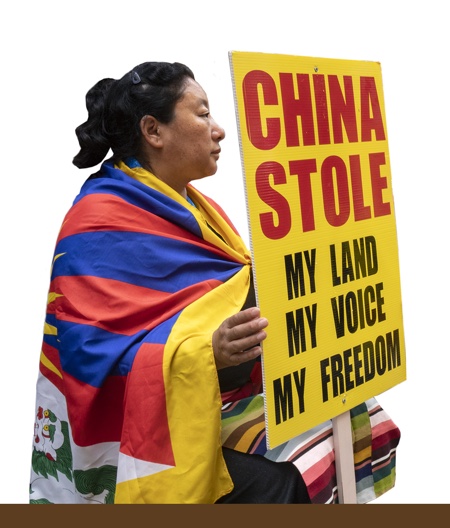 As in China itself, famine in Tibet, caused by socialist land reform, carried away many lives. A reliable estimated of the number of Tibetans killed since the Chinese invasion is over a million.

Repression in Tibet, far from diminishing, has greatly increased of late, as shown in a thoroughly documented report by Human Rights Watch (Illegal Organisations: China’s Crackdown on Tibetan Social Groups, HRW, 2018). It is beyond any reasonable doubt that the Communist Party is bent on the eradication of Tibetan culture, and any form of social organisation in Tibet not directly controlled by the Party. Traditional nomadic herders are forced to settle in pre-fabricated barrack-like villages, clearing the grasslands for vast national parks, regardless of the ecological impact or impact on Tibet’s traditional way of life.

While cultural genocide is taking place in Tibet, the Chinese administration organises kitsch Tibetan cultural events for the new mass-tourism industry. The new train link from China to Lhasa brings droves of Chinese visitors. Behind the scenes, and carefully hidden from tourists’ eyes, the arrests, torture, rape of prisoners, and disappearances are China’s on-going answer to “counter-revolutionary activity”. 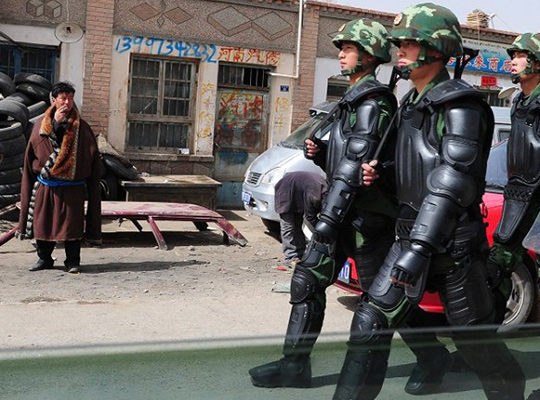 Lhasa is an armed camp with security personnel on every rooftop and spy cameras on every corner. Tibetans have become second-class citizens in their own country and are fast becoming a minority as well. All key government jobs go to non-Tibetans. Developers exploit the country’s natural resources with scant regard for environmental consequences.

Meanwhile, images of Tibetans self-immolating in mute protest appear from time-to-time in the Western media, a harrowing testimony to the on-going tragedy in the Land of Snows. 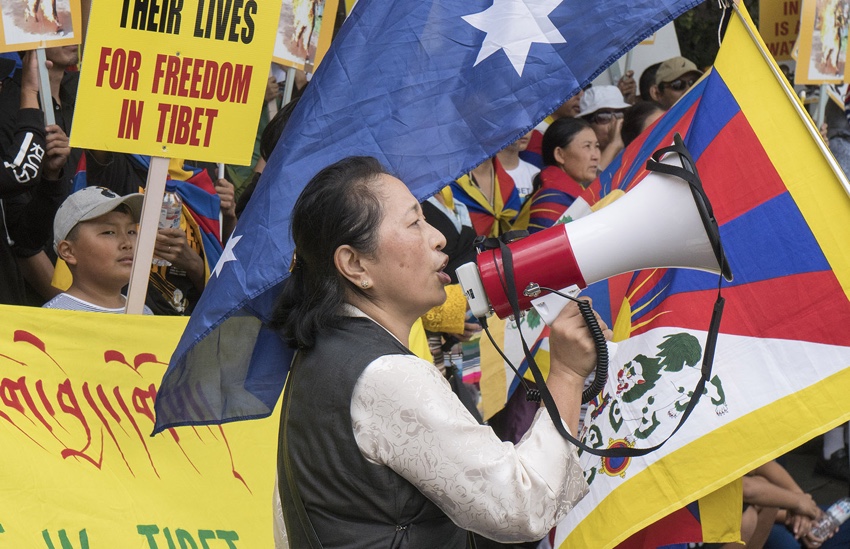 DEATH IN A BEAUTIFUL VALLEY

On the morning of 30 September 2006, around 100 international climbers were breakfasting at Advanced Base Camp on Cho Oyu in the Himalayas, admiring a view of renowned beauty. Cho Oyu is the world’s sixth highest peak, part of the Himalayan range that falls in Chinese-controlled Tibetan territory.

The previous day, Chinese border troops had strolled through their camp and were still nearby in the morning. They seemed to be looking for something. As the mountaineers ate, a long column of men, women and children was seen making its way from Tibet towards the Indian frontier. The alpinists watched in horror as the Chinese troops casually began firing at the Tibetans in the valley below. The group of refugees dispersed, frantically dashing here and there in the deep snow.

“They’re shooting them like dogs,” exclaimed Romanian film-maker Sergiu Matei, as he captured the unfolding tragedy on camera.

A figured slumped in the snow. It was a girl called Kelsang. She made an easy target, struggling exhausted and oxygen-deprived up the 6,000 meters high Nangpa La Pass — a common escape route for Tibetans. Kelsang, excited about her recent profession as a nun, was seeking a new life in India where she dreamed of pursuing her studies. She crawled a short distance towards freedom and lay still, leaving a trail of blood, and her home-made backpack behind her.

One Tibetan man stumbled into the mountaineers’ camp with the troops in close pursuit. The quick-thinking mountaineers hid him, and he survived.

The shooting went on for twenty minutes. By the time silence returned to the mountain pass, half the Tibetans had managed to escape over the border to India; but half were rounded up to face an uncertain future in Chinese prisons.

Kelsang’s body still lies in the snow below Cho Oyu.

The One Child Policy of the Communist Party resulted in millions of Chinese women being forced to abort their unborn children. Women who resisted were dragged to abortion facilities, tied to operating tables, and endured the ordeal of seeing their babies ripped from their wombs. The result of this cruel injustice has been widespread psychological damage to Chinese women. The Chinese preference for baby boys meant that families with an allowance of just one child often opted for a boy, and today males make up a disproportionate percentage of China’s population.

The Communist Party – far from repenting its crimes against humanity – recently modified the One Child Policy with a Two Child Policy. Beyond that, the restrictions remain in place and coerced abortions and sterilisations continue.

Uyghurs, mostly concentrated in Xinjian province (East Turkestan) are one of China’s 55 ethnic monitories. For some years they have been demanding more autonomy, respect for their traditional culture and better conditions. In many ways their plight parallels that of the Tibetans. The current crackdown in has resulted in over a million Uyghurs being interned in concentration camps and subjected to systematic torture and brutality. 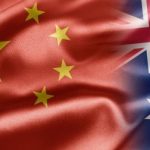 Why Australians must be concerned about ChinaAustralia China Watch 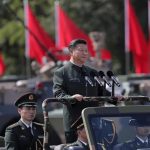