In the eyes of Beijing’s policy makers, Australia poses a considerable risk if left unsecured. On the other hand, it would be a boon as a client state due to its enormous natural resources and small population. For twenty years, the Chinese Communist Party has encouraged Australia to become dependent on it for trade and prosperity. Successive Australian governments, on both sides of politics, enthusiastically beat a path to Beijing.

Today, many Australians believe it is time for a reality check. China is our number-one trading partner but also a potentially lethal threat.

It is no secret that China wishes to replace the United Sates as the dominant Indo-Pacific power. The Australian Government’s 2017 Foreign Policy White Paper says: “The United States has been the dominant power in our region throughout Australia’s post-Second World War history. Today, China is challenging America’s position.”

In the coming years, China will be less tolerant of ambivalence in Australia’s loyalties. Beijing’s masters have already made it clear that Australia must choose between China’s business or America’s protection. The neutral middle ground is shrinking.

The shameful – if not treasonous – collusion of certain high-profile Australian politicians with Beijing is notorious. Less noticed, but equally troubling, is the targeting by China of Australian politicians at local council level. China is prepared to invest today in any public figure who might be useful to it tomorrow. It is also happy to intimidate and bully anyone opposed to it.

As Beijing cannot operate openly in Australia, it uses middle-men, especially members of the Chinese business community. Chinese nationals living in Australia are monitored to ensure they follow the Communist Party line. Chinese students fear that a bad report sent to back China could ruin their future careers. Learning that Chinese secret police have visited their parents back home has silenced a number of young Chinese human rights activists.

Chinese diplomatic personnel occasionally take a direct hand in monitoring and controlling the Australian-Chinese community. They organise Chinese student protests against Chinese and Tibetan freedom activists; they openly threaten Chinese dissidents; they brazenly try to intimidate sympathetic Australians; they have even carried out video surveillance on Australian streets in broad daylight. These facts show how far things have gone.

An especially worrisome sign is China’s ability to intimidate our political leaders. For fear of offending Beijing, Australian officials are increasingly reluctant to voice negative views of China. For ten years, no Australian government has issued a statement on Tibet. Invitations to meet with visiting Tibetan leaders, such as the Honourable Dr Lobsang Sangay, President of the Tibet Government in Exile, during his 2017 visit, are quietly turned down. This is in stark contrast to former years, when Australia was less dependent on China. The recent spectacle of certain parliamentarians apologising for Chinese aggression in the South China Sea is alarming.

Self-censorship is the more usual sign of China’s increasing control of Australia. Clive Hamilton, a noted academic at Charles Sturt University, offered his publisher, Allen & Unwin, the manuscript of his work, Silent Invasion. The book is a scholarly assessment of China’s growing influence in Australia. He was surprised when the publishers turned down his manuscript, citing fears of legal reprisal by agents of the Chinese government.

If China can, directly or indirectly, censor a book in Australia, written by an Australian academic, we can draw only one conclusion: Australian sovereignty is dangerously compromised.

Confucius Institutes are pro-China clubs in Australian Universities under the control of the Chinese Ministry of Education. They pressure universities to supress viewpoints unfavourable to the Communist Party and exert pressure to exclude anti-Communist speakers from campus. Their clout comes from the substantial funding our universities receive from China, either directly through grants, or indirectly through enrolment of Chinese students.

There is a pushback, however, and China is not amused. In July 2019, students at the University of Queensland protested against Chinese repression in Hong Kong. The protest soon expanded into a protest against China’s on-campus Confucius Institute. Then Chinese pro-communist students turned up to disrupt the peaceful protest and things turned violent. The event grabbed national headlines when the Chinese consul-general in Brisbane, Xu Jie, stepped in, and in an unprecedented move for a serving foreign diplomat, publicly praised the pro-communist Chinese students, calling their campus rampage “patriotic behaviour”. This drew a rebuke from the Australian Government, who reminded Mr Jie that he was a visiting diplomat and any attempt to undermine free speech would not be tolerated. It transpired that this same Xu Jie had been quietly appointed by the university administration as an adjunct professor of language and culture on 15 July 2019, another unheard-of for a serving foreign diplomat.

While we welcome Chinese students to visit Australia, and the opportunity this gives them to experience a democratic society, we do not welcome the Chinese Communist Party meddling in our universities.

Our third level institutions are depositories of learning and centres of critical thinking. They are an important part of our national life and democratic system. Universities form tomorrow’s leaders and transmit our traditions to future generations. It is of great concern that these institutions might fall under the influence of a foreign power hostile to Australian values.

It does it stop at universities. Confucius Classrooms currently operate in over 60 Australian secondary schools.

A reasonable person might wonder if we are exaggerating to claim China tries to control our schools and universities, at least in what that pertains to China. Let’s hear from Li Changchun, China’s top official in charge of propaganda from 2002–2012: “They [the Confucius Institutes] are an important part of China’s overseas propaganda set-up.”

In the Name of Confucius

Say NO to Chinese communist propaganda in our schools

The decision to lease the Port of Darwin to a Chinese Government-controlled company suggests our leaders are, to say the least, naïve. Darwin is of one of our country’s important seaports, and the only major seaport in the Top End.

The 1951 treaty between Australia, New Zealand and the United States (ANZUS) is a barrier to Chinese expansion into the South Pacific. Beijing’s strategic objectives include pushing the US out of the Western Pacific and driving a wedge between Australia and the United States. The Chinese make no bones about telling Australians they will have to choose between trade with China or friendship with America. Joint exercises between the American and Australian armed forces in July 2017 were fiercely criticised in Beijing. China sent a spy ship to take a look. When Australia raised concerns about this ship sailing near the Australian coast, China’s Global Times belligerently responded, “This is just a beginning of China’s future operations…China will build more warships and make full use of them.” 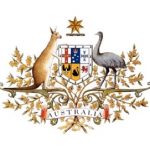