Hong Kong was returned to the Peoples Republic of China in 1992 in accordance with a nineteenth-century treaty that allowed Britain to establish the city-state. China made empty promises to respect Hong Kong’s democratic way of life and autonomy. China has broken its promises, abandoned the “two systems, one country” principle, and is absorbing Hong Kong into Communist China. Democratic institutions are being suffocated and pro-democracy activists persecuted.

Taiwan remains a free country thanks to the guarantee of military protection by the United States. A key point of China’s global strategy is ousting the United States from the Western Pacific. If this strategy succeeds, Taiwan’s position as a free territory will become untenable. China’s provocative and illegal construction of militarised islands in the South China Sea, and its militarisation of the Tibetan Himalayas, indicates it will use force when it fails to achieve its strategic goals through soft power.

North Korea would be considerably less troublesome were it not a client state of China, protected by China, and relying on China for basic necessities. The regime of the ludicrous Kim Jong-un would collapse without Chinese support.

South China Sea and the Tibetan Himalayas are becoming forward bases to project Chinese military power across the Indo-Pacific region. In neither case does China have any moral or legal justification for placing military assets. It has, however, plenty of strategic justification, as it intends to use force when necessary, and treats of force, to achieve hegemony in the Indo-Pacific and beyond. The tension in the South China Sea (China vs everyone) and the Himalayas (China vs India) is destabilising Asia by causing an arms race and pushing the whole world towards armed confrontation.

Belt and Road infrastructure projects, now spanning half the globe, are a Damocles sword for many nations who signed up to receive China’s largesse. Massive infrastructure projects are paid for jointly by China and the host country. The catch is that many host countries need to borrow the money from China to pay their share. A pattern is emerging of weak economies heavily indebted to China through the Belt and Road, giving China unprecedented leverage over host country. In Sri Lanka’s case, a major seaport had to be turned over to China when Sri Lanka could not service its debt. 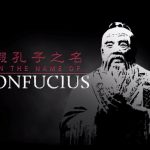